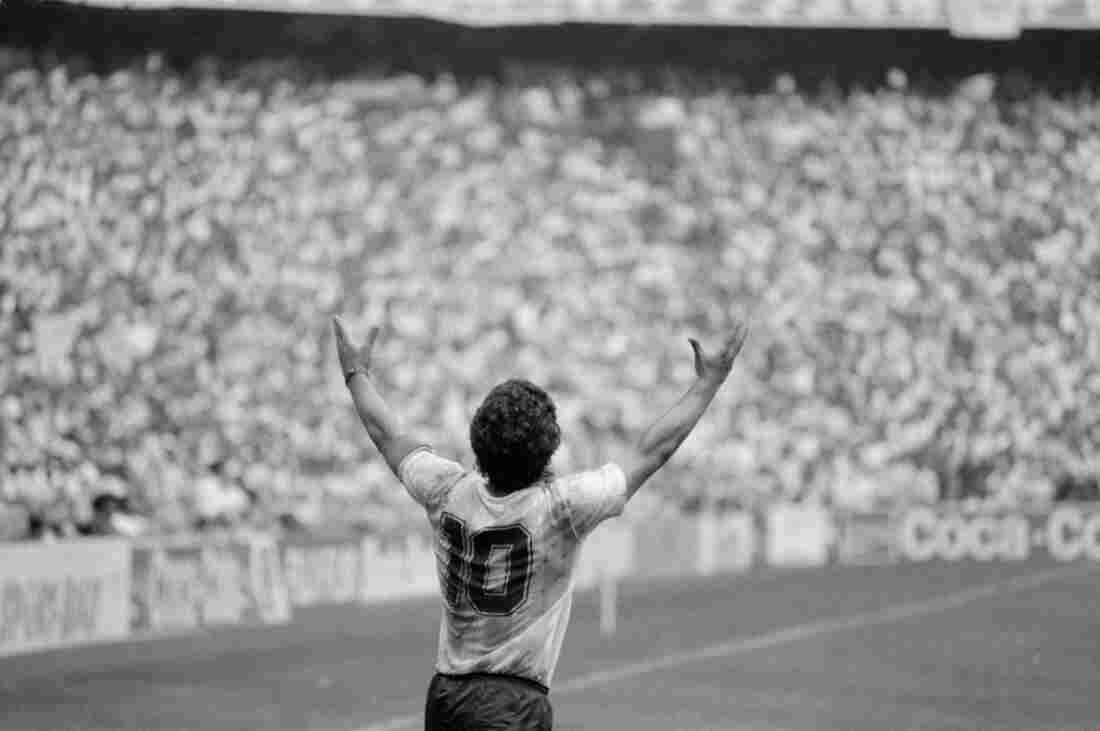 I first came to know Diego Armando Maradona in September 1993, when I was watching the qualifying match between Argentina and my country of Colombia for the 1994 FIFA World Cup.

Even though I was just a young kid at the time, I knew that Maradona, Argentina’s star player, was something special. His vision, the way he dribbled past his opponents — he was respected and adored not just in his country, but across Latin America and the world.

Maradona, who rose from the slums of Buenos Aires to lead Argentina’s national team to victory in the 1986 World Cup, died Wednesday at the age of 60, according to media reports. He reportedly suffered a heart attack at his home in a suburb of Buenos Aires.

As I found out about the news of his death, I asked a few Latinos at NPR to share their memories of Maradona. For us, in our region, we take soccer as seriously as religion — and as such, we all got to experience Maradona from our countries in our own way.

Here is a selection of tributes from NPR staff members. These have been edited for length and clarity. 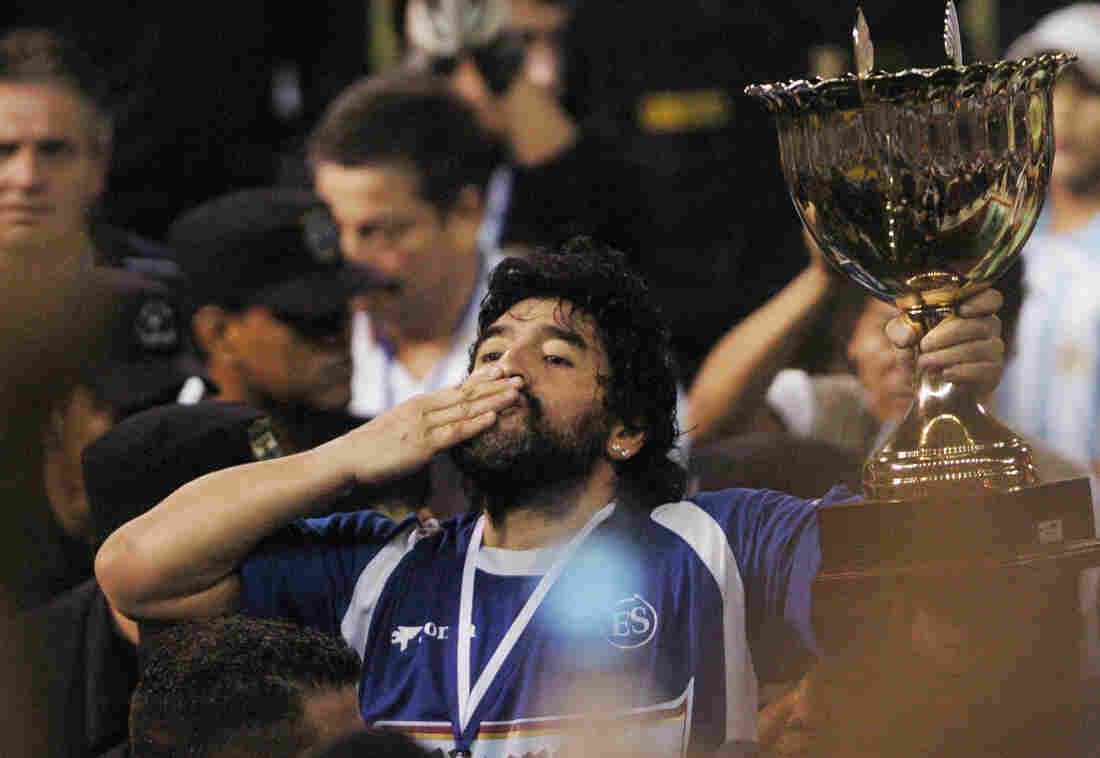 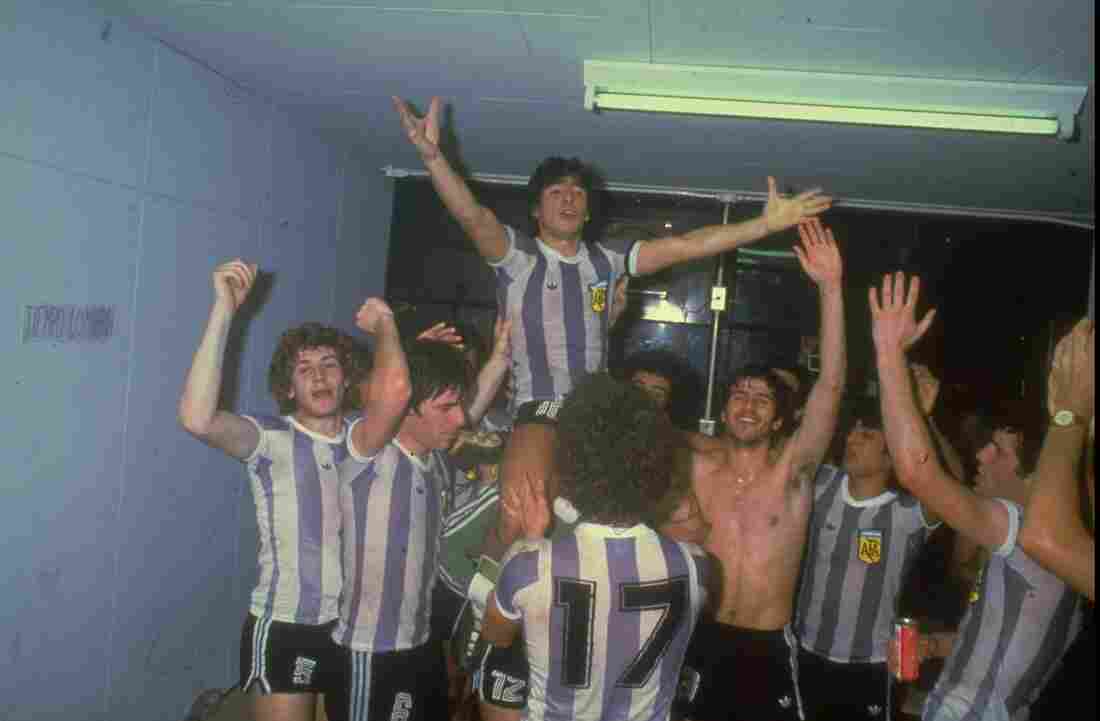 Maradona, center, celebrates with his teammates after winning a game. 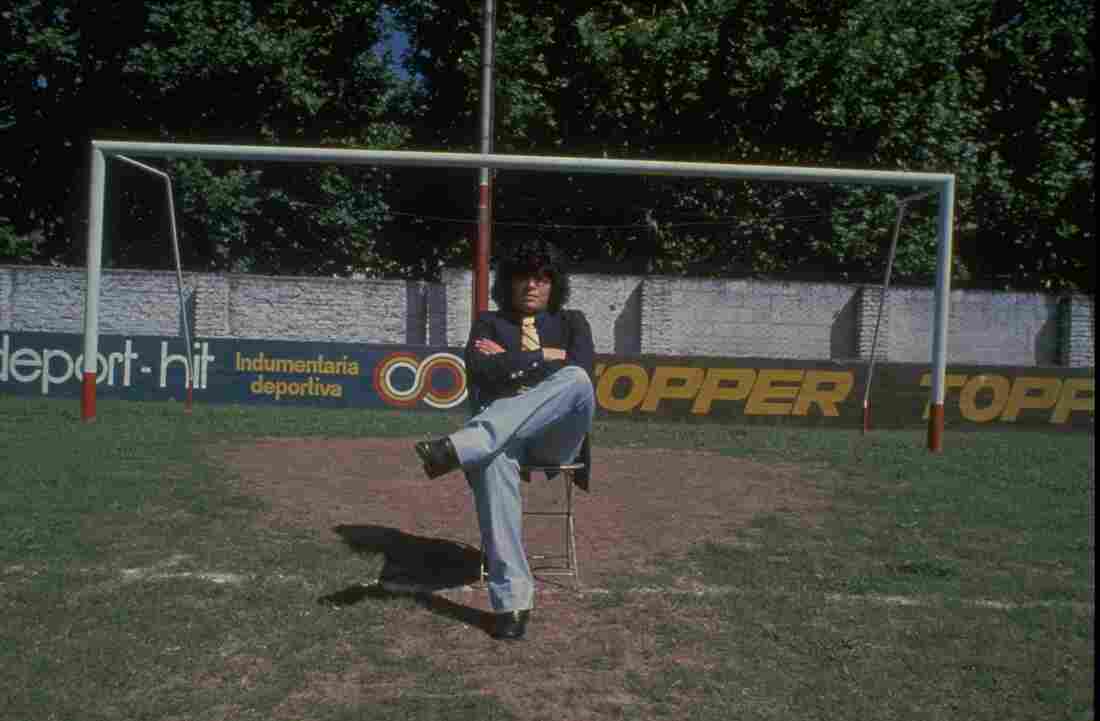 Maradona at his local soccer field, where he first played in Argentina, 1983. 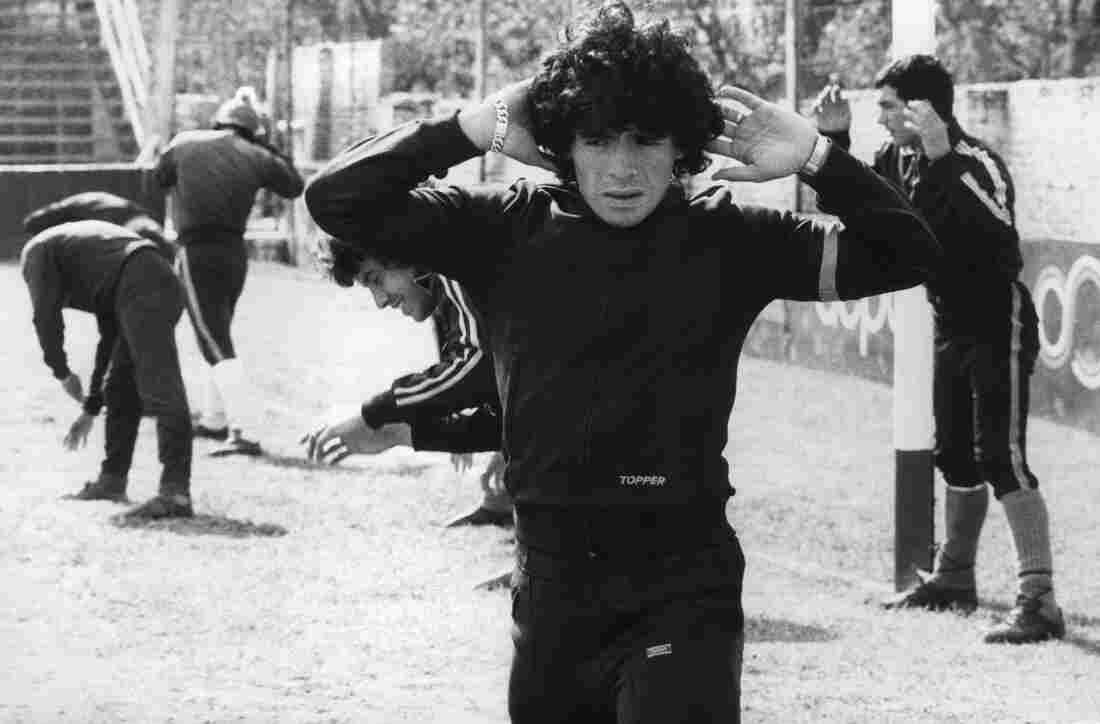 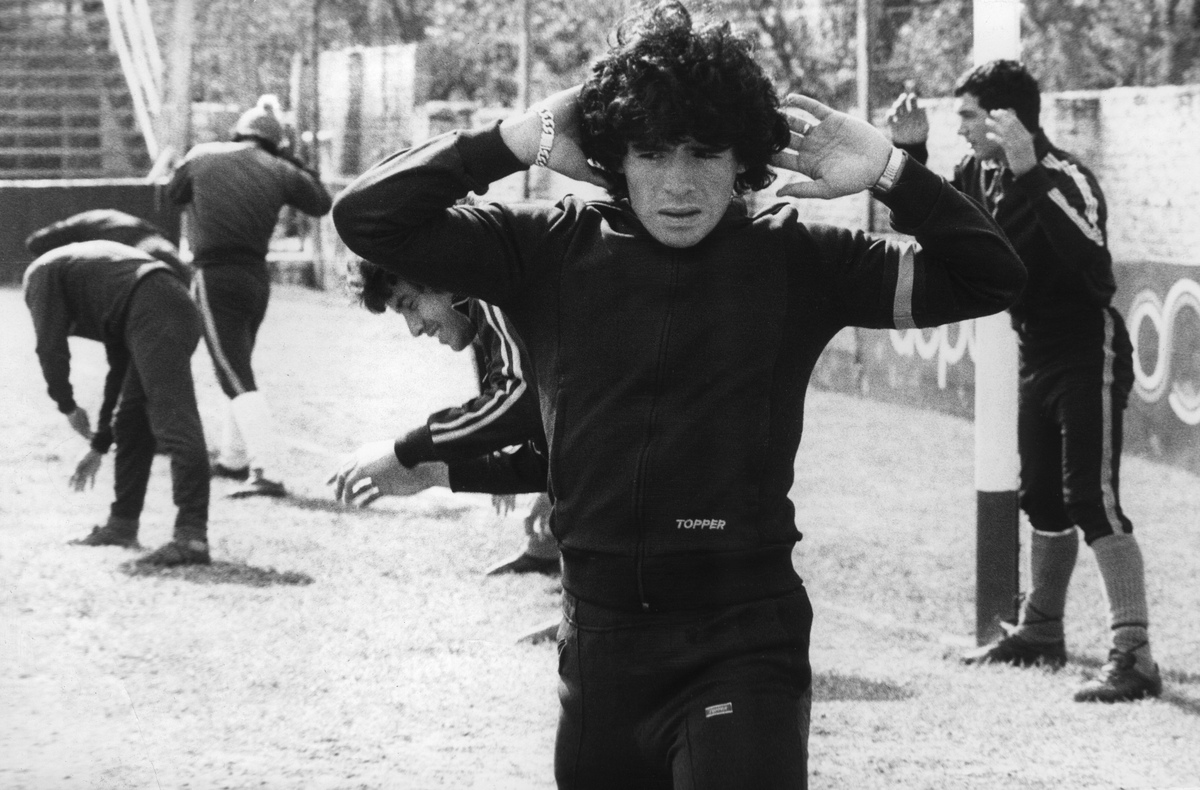 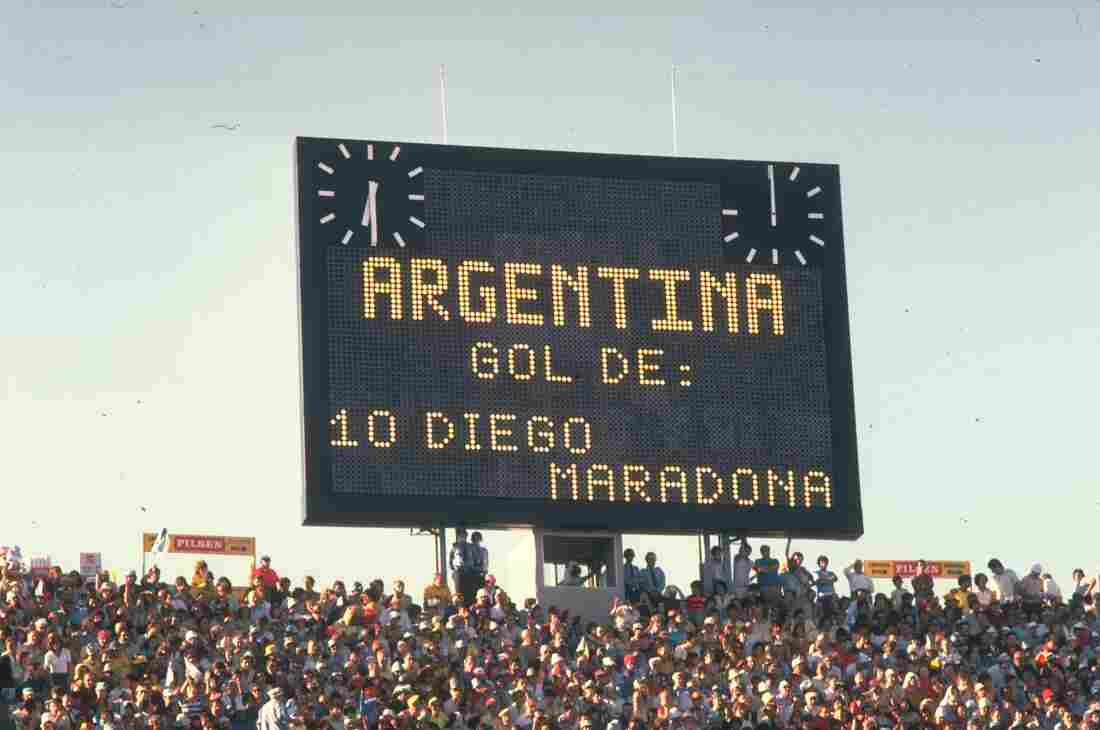 A scoreboard shows a score from Maradona at a match in 1981. 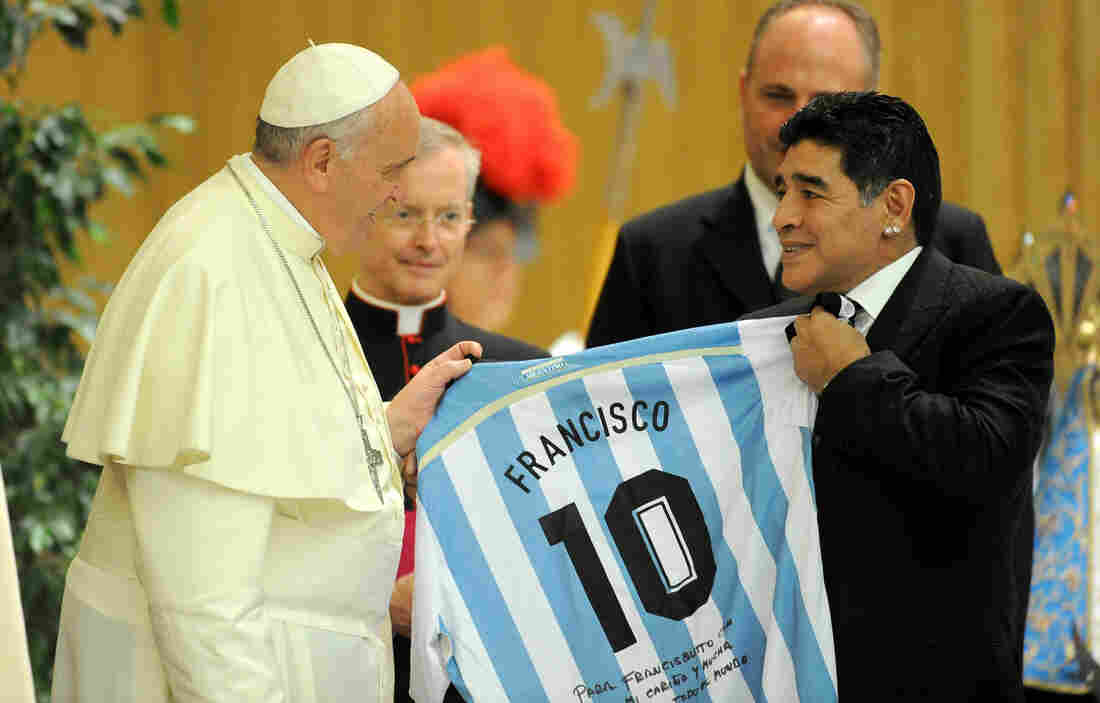 Since I was born in the U.S., my first intimate exposure to the passion around fútbol was through my friend, colleague and former Alt.Latino co-host Jasmine Garsd. In fact, the very first episode of Alt.Latino 10 years ago was a collection of songs about soccer from Latin America and around the world.

But the one that made her eyes both sparkle with excitement and reflect more than a bit of nostalgia was “Santa Maradona” by the rock en Español pioneers Mano Negra. The recording includes the sonic excitement that she said she could hear every weekend living near a soccer stadium in Buenos Aires. Playing this on repeat to remember Maradona is just a good as watching his playing on YouTube on repeat. – Felix Contreras, co-creator and host of Alt.Latino 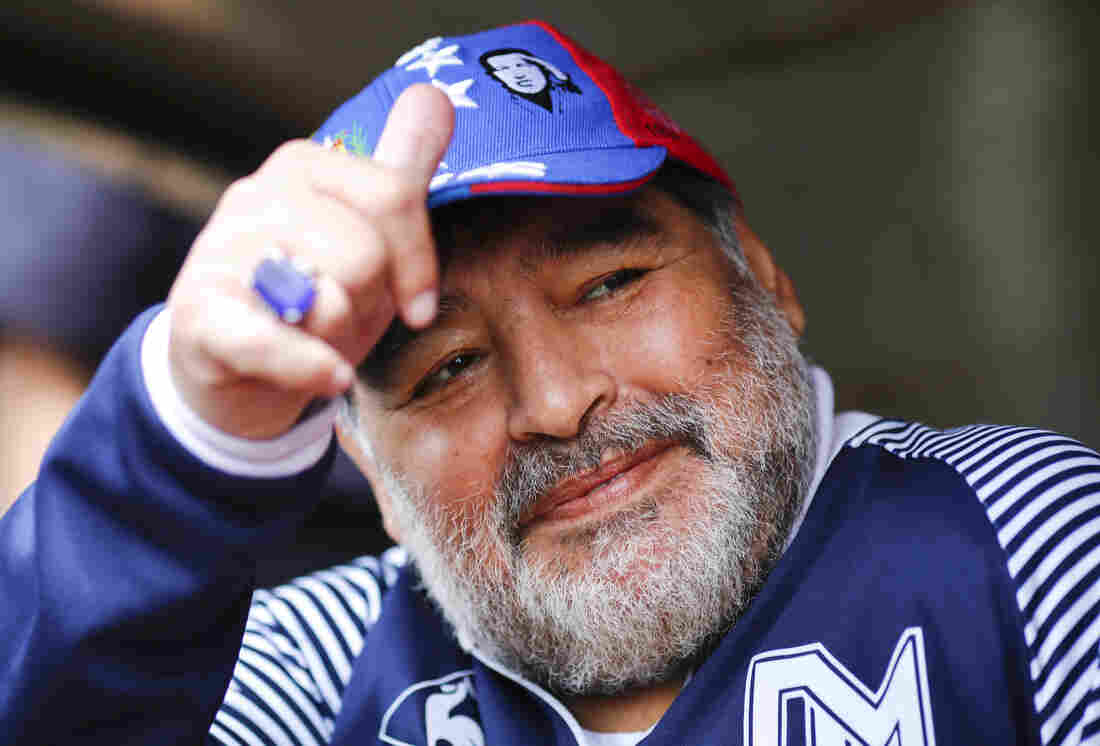 ‘A Latino ambassador to the game’

I love walking past the Diego Maradona mural outside of Napoli Pasta Bar in Washington, D.C. I always get good vibes from it and love seeing a Latino displayed on a mural in the nation’s capital. I love that in one of his final years he took a job coaching second-division soccer in Sinaloa, Mexico, and nearly led them to promotion. Shows he really cared about the sport and was a Latino ambassador to the game. – Gustavo Contreras, assistant producer, All Things Considered 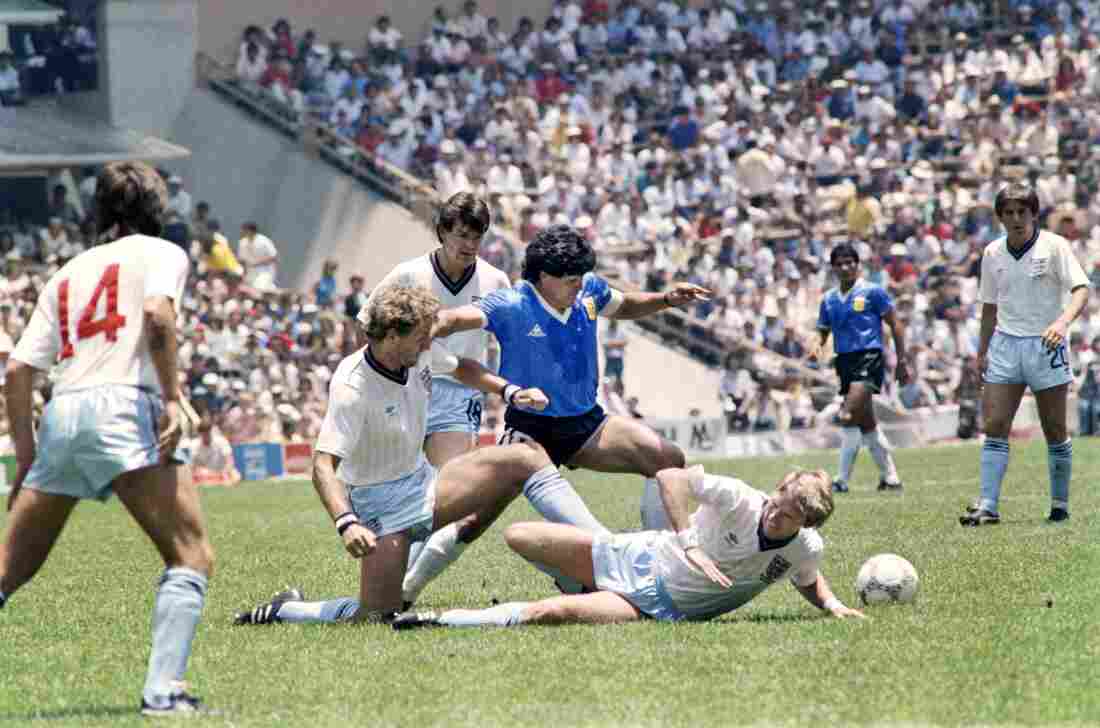 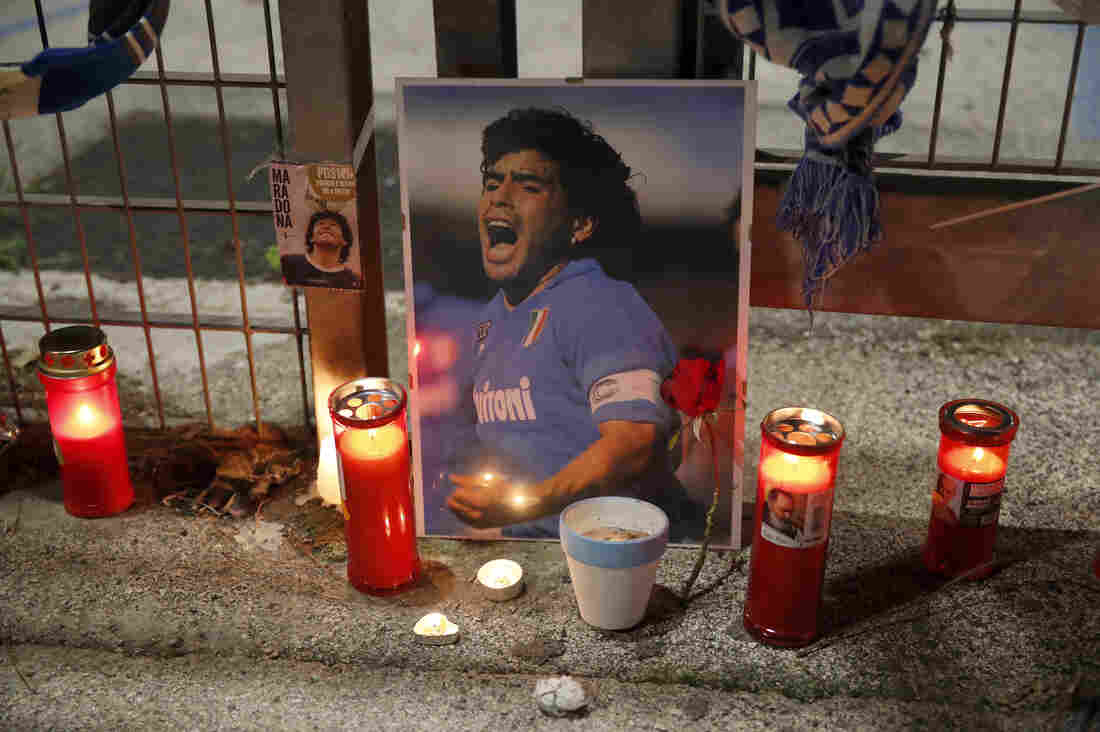 Candles are placed next to a picture of Maradona outside the San Paolo Stadium in Naples, Italy.

Candles are placed next to a picture of Maradona outside the San Paolo Stadium in Naples, Italy.

‘When Argentina won … we all partied so hard’

As a morenita Mexican-Colombian kid growing up in surfer-centric Southern California, seeing Maradona beat West Germany in Mexico City was huge. I’ve never met my South American family and I’ve always been aware that I was different from the rest of my very Mexican extended family, but when Argentina won, none of that mattered and we all partied so hard. That Hand of God goal against the British was the stuff every colonized country dreams of. – Nadia Grenier, traffic coordinator 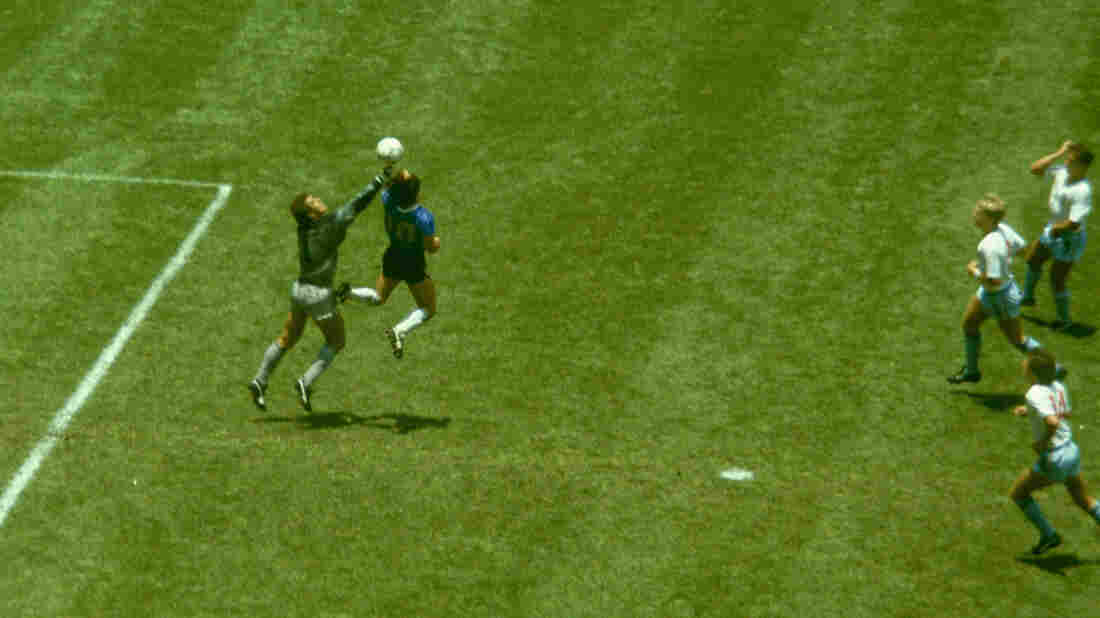 Maradona outjumps England goalkeeper Peter Shilton to score with his ‘Hand of God’ goal as England defenders look on during the 1986 FIFA World Cup Quarter Final in Mexico City. A jersey of Argentina and a black ribbon hang in a balcony after the news of the death of Maradona in Buenos Aires. 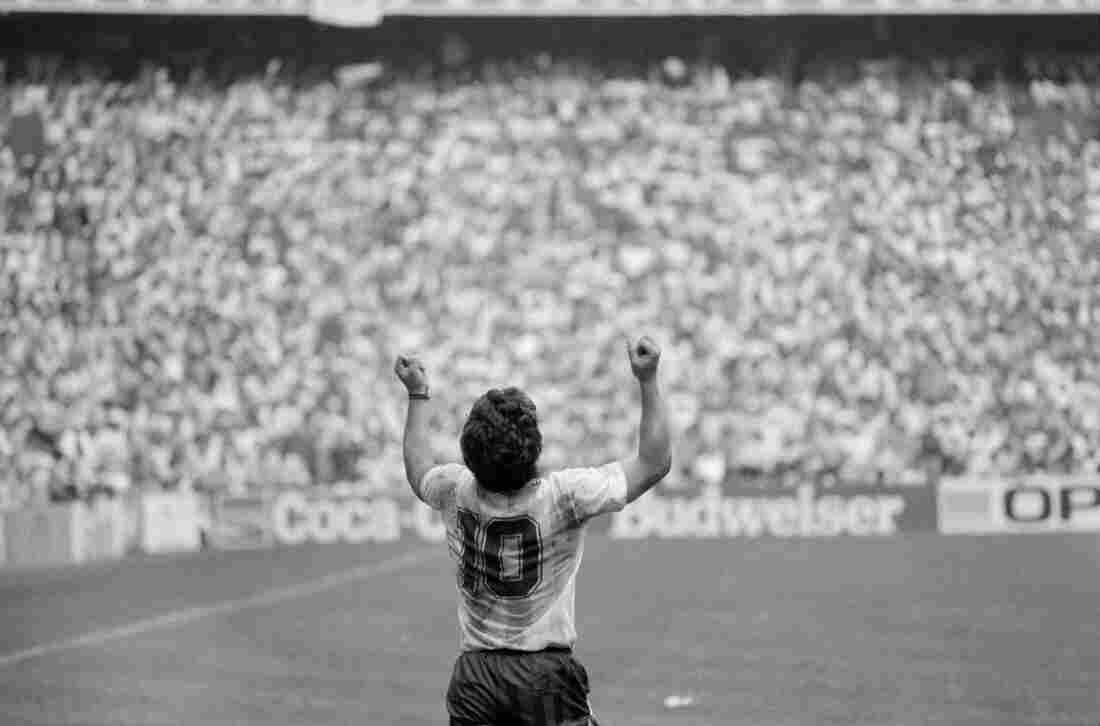