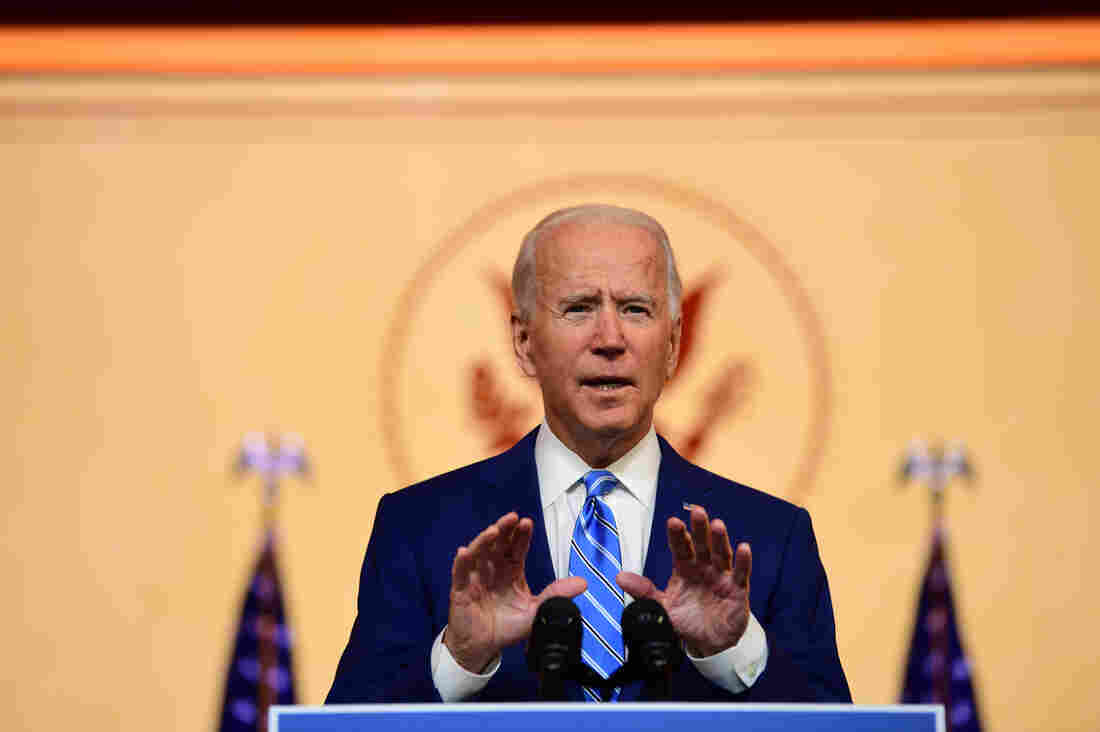 he day before Thanksgiving offered a jarring contrast between President-elect Joe Biden and President Trump, who has yet to concede he lost the election.

Biden on Wednesday delivered a Thanksgiving address in Wilmington, Del., calling on Americans to unite in protecting their communities as they celebrate the holiday this year amid the raging coronavirus pandemic.

Minutes earlier, Trump called in from the White House to an informal meeting of Pennsylvania lawmakers, repeating baseless claims about the election being “rigged.”

“This election has to be turned around,” Trump said, though the election results have already been certified in a number of key states, including Pennsylvania, and the formal transition process to the incoming Biden administration is underway.

Soon after on Wednesday, Trump pardoned his first national security adviser, Michael Flynn, who had pleaded guilty in 2017 to lying to the FBI about contact with Russia.

“Congratulations to [Gen. Flynn] and his wonderful family,” Trump wrote on Twitter. “I know you will now have a truly fantastic Thanksgiving!” 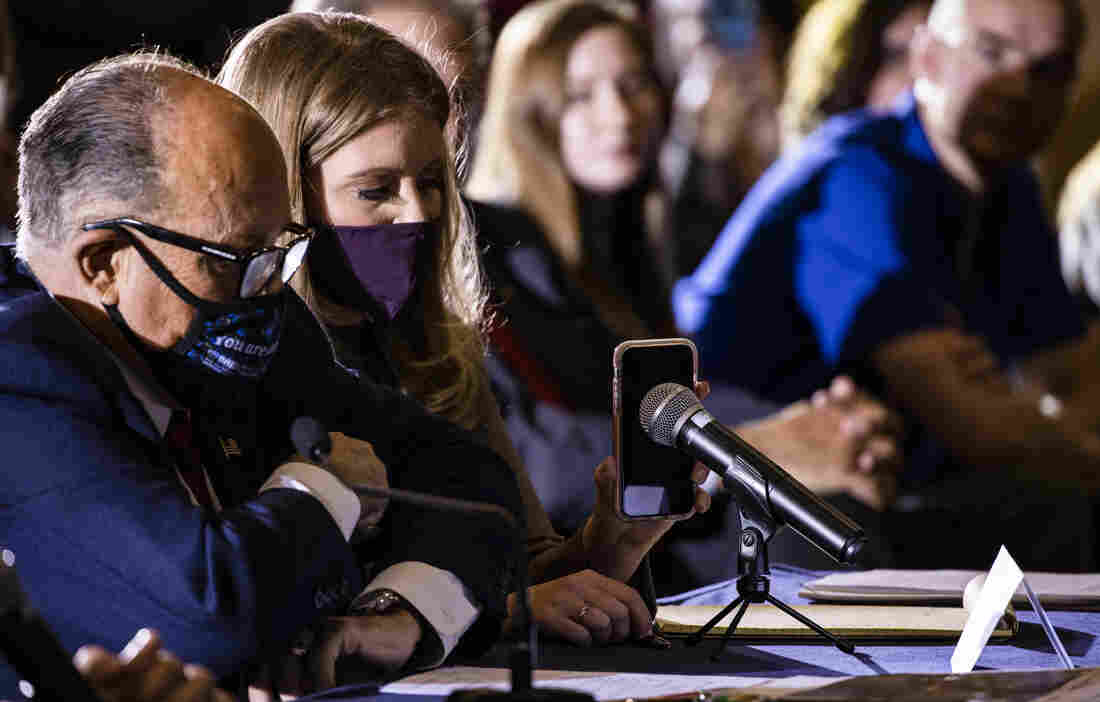 Jenna Ellis, a member of President Trump’s legal team, holds up a phone to the microphone so Trump can speak Wednesday during a public hearing in Gettysburg, Pa., to discuss alleged election issues.

In his remarks, the president-elect spoke of resolve amid a difficult holiday season.

“[The virus has] divided us, angered us, set us against one another,” Biden said while speaking at the Queen theater. “I know the country has grown weary of the fight. But we need to remember: We’re at war with the virus, not with one another.”

Citing the sacrifices of doctors, nurses and other frontline workers, Biden called on Americans to redouble their efforts in combating the virus, referring to basic health safety measures such as social distance and mask-wearing as a “patriotic duty.”

The Centers for Disease Control and Prevention is urging people to stay home and not travel for Thanksgiving to help prevent the spread of the virus. Nevertheless, millions of Americans are still traveling for the holiday.

Biden said he will go without his traditional large family gathering on Thursday, opting instead to celebrate Thanksgiving with a small group of his wife, daughter and son-in-law.

“I know how hard it is to forgo family traditions, but it is so very important,” Biden said. “Our country is in the middle of a dramatic spike in cases. … That is the plain and simple truth, and I believe you deserve to always hear the truth from your president.”

Trump spoke at a Gettysburg, Pa., hearing as one of his attorneys, Jenna Ellis, held her phone up on speakerphone. He recited false claims including that Republican poll observers were denied access to voting sites and threatened by Democrats, and that voting machines were tampered with.

The Trump campaign and GOP allies have filed nearly three dozen post-election lawsuits, and nearly every case has been dismissed, mostly because none of the claims have stood up to legal scrutiny and conventional standards of evidence.

ed his administration’s response to the pandemic, including halting some travel from China and getting vaccines on the cusp of approval.

Biden acknowledged the Americans who have lost loved ones to the coronavirus, reflecting on the loss of family members he’s experienced in his own life.

“I remember that first Thanksgiving, the empty chair, the silence — [it] takes your breath away. It’s really hard to care. It’s hard to give thanks. It’s hard to even think of looking forward, it’s so hard to hope,” he said.

But he concluded: “Out of pain comes possibility, out of frustration comes progress, and out of division, unity.”

MORE OF THE BOBBY HILL COLLECTION